Booze in my flagon:  Absolut Mandarin and Cabernet.  Not mixed together or anything.  I just switched drinks in the midst of writing this.

I just finally noticed that I forgot to title the last post.  Oops!

Jon is near the mouth of a cave looking at the stars and reflecting on how Westrosi and Wildlings have different names for the stars.  Because of course he and Ygritte stargaze together.  The kind of interesting thing about this is that one of the “stars” is a red wanderer that sounds a lot like Mars.  So, is Planetos actually Earth?  Because there’s some fan speculation that due to the wacky seasons, it’s a different planet.  But this makes it seem like Westeros, Essos, and Southyros are actually in an alternate version of Earth.

Anyway, after some angsting about having no family, Jon locates Ghost on a hill.  I seems the Wildlings and Jon will finally be reaching and going over the wall the next day.  This means that he and Ghost will have to part.  Jon tells him to go to Castle Black, but he’s a shitty warg, so he’s not sure that Ghost will understand.  Ghost responds by running off into the night.  Harsh.  Are we sure that Ghost isn’t secretly a cat?

Some more angsting and reflection happens.  He thinks about how he thought about trying to kill Mance just before he parted with Styr, Magnar of Thenn to go climb over the wall.  But he didn’t do it.  He keeps thinking about sneaking off to ride for Castle Black.  He keeps on not doing it.  He just likes the ginger poon too much, I guess.  Oh yeah, did I mention they’ve been doing it?  He tells himself he has no choice because turning her down all the time would look too suspicious.  Riiight.

Jon is being made to tell Styr about the patrols on the wall.  They have men riding on top of the wall on mules and sometimes they look at the base for signs of tunneling.  It leads them to recall the story of a wildling named Arson Iceaxe.  He was halfway through tunneling through the wall and the Nightswatch just sealed him in.  I don’t know how important this anecdote is.  I mostly bring it up just because being buried alive is pretty much my worst nightmare and because Arson Iceaxe is such a total badass name.  Anyway, Jon bullshits Styr about how many men are manning the various outposts of the wall and Styr, not buying it threatens to kill him.

The Thenns aren’t cannibals like on the TV show, but they’re still the asshole faction of the Wildlings.  They’re also the only group that has any kind of organized society.  It slightly resembles Westeros culture, even.  So they’re a formidable foe.

After getting threatened by Styr, Jon goes exploring in the caves and finds Ygritte.  Long story short, they do it again but this time he goes down on her and she calls it a Lord’s kiss.  Which is sort of cute, but I found it hard to believe that Wildlings have never discovered oral sex.  I mean, really?

Daenerys is back meeting with the slavers to negotiate the sale of the Unsullied.  She tells Missandei to tell the Good Masters that she will take them all.  Missandei is in disbelief.  The Masters argue among themselves.  Some of them want to have some Unsullied left for future buyers.  Others figure that guaranteed gold now is better than potential gold in the future.  Dany listens to the whole thing while she drinks wine.  Remember, she knows Valyrian but they don’t know she knows Valyrian.

Their major concern is her ability to pay.  They’ve already inventoried her money and goods and she only has enough to buy one thousand Unsullied.  She offers her ships as well.  But that’s still only enough for two thousand.  But Dany needs them all.  She has no choice but to offer a dragon.

Oh shit!!!  Dany, no!  You can’t give up one of your babies, can you?  Whitebeard is aghast and tries to talk back, so Jorah escorts him away.  Of course this works.  Valyria defeated Old Ghis many times because they were the ones with Dragons.  These Masters know how valuable a dragon is.  And of course, they want Drogon because he’s the biggest.  They strike the bargain.  It’s official.  Since the Unsullied don’t know the common tongue, they give her Missandei as a gift.

With the bargain being struck, they go back to the ships to get everything ready.  She tells Whitebeard he is free to disagree with her in private, but to not defy her in public anymore.  He still disapproves and tells that a dragon is worth more than an army, as the original Aegon, who conquered Westeros with dragons despite not having a huge army proved.

Dany reveals to Missandei that she actually knows Valyrian and frees her.  She offers her a handmaid job (that sounds … wrong) and assures her she’s free to leave.  Missandei decides to stay because she doesn’t really have anywhere else to go.  They have some girl talk.  In this case, girl talk consists of real talk about the Unsullied.  She confirms that they are what they’re advertised to be.  It also comes out that three of Missandei’s brothers are now Unsullieds.

That night, Dany has a dream that she is Rhaegar, but mounted on a dragon, not a horse.  Also, Robert’s host is made of ice and she melts them with dragonfire.  Hmm.

Dany wakes up from her dream and finds Quaithe creepily standing over her.  Quaithe is that shadowbinder lady she encountered once in Qarth.  Quaithe says “Remember.  To go north, you must journey south.  To reach the west, you must go east.  To go forward, you must go back, and to touch the light you must pass beneath the shadow.”  Then she disappears.  All this cryptic stuff must mean Dany is going down a path that is very right.  Or very wrong.  I guess we’ll see.

The next day, Dany takes her whole group, including the assorted Dothraki followers to make the exchange.  It’s all very dramatic.  They meet near the gates where flayed rebellious slaves are crucified as a warning to newly captured slaves.  Ramsay would be proud.  They make the exchange.  Drogon is on a chain and he is really not pleased about it.  She hands him Drogon and he hands her the slave whip.  She confirms that it’s done and then she bellows to the Unsullied that they are now hers.  She does this in Valyrian but only a single Great Master, one of the four masters named Grazdan actually notices this.  Everyone else is watching Kraznys struggling to control Drogon.

She informs Kraznys that a dragon is no slave and whips him across the face.  She says “Drogon, Dracarys.”  That means dragon fire.  Drogon spits fire at Kraznys and it’s very graphically described.  His eyeballs melt and run down his cheeks.  Ow, ow, ow!  I can’t say it doesn’t give me some satisfaction though!  There’s a reason I named my calico cat Dracarys.  Chaos erupts.  Irri and Jhiqui unchain Viserion and Rhaegal and they join in one the roast.  The Dothraki and the Unsullied join the fight and start killing slavers left and right.  They kill only the slavers and the soldiers and are ordered to strike the chains from all the slaves.  The slavers all die brutally and everyone else lives happily ever after.   Okay, not so much.  But it’s still pretty cool!  In one fell swoop, Dany goes from fugitive to conqueror.

Sansa is getting a new haute couture gown.  Cersei, apparently back to pretending that she’s Sansa’s friend sees to the preparations.  Her gown is a woman’s gown with a sexy bodice.  Not like the juniors section stuff she’d been wearing before.  She’s all excited about how pretty she looks and Cersei reflects that it’s a shame her beauty will be wasted on “that gargoyle.”  Sansa’s confused because apparently, these asshole Lannisters haven’t told her that they’re making her marry Tyrion yet.  That’s when she’s given her wedding cloak and Cersei tells her what’s happening.

She realizes that Dontos was right.  Improbable, but true.  All these people care about is her claim to Winterfell.  Sansa tries to refuse, but Cersei tells her that there’s nothing she can do about it, it’s going to happen, so might as well be dignified about it.  She tries to run, but when that doesn’t work, she decides to submit.

Joffrey is going to be the one to give her away.  Of course, he’s a total dick about it and taunts her about it.  Tyrion interrupts to take Sansa aside and speak with her.  He apologizes for the way this is going down and finally they go to the altar.  Most of the King’s Landing notable are there, but the Tyrells are conspicuously absent.  They must be pretty pissed.   There’s an awkward moment as Tyrion is too short to pin the cloak on her and she refuses to kneel.  Good for her!  In the end, Tyrion is forced to use Dontos as a stool while the whole audience laughs.  She winds up feeling a bit guilty when she sees how humiliated Tyrion is.

The reception isn’t too lavish.  There are only about fifty guests.  Among them are the Tyrells.  They have the right idea.  Wedding ceremonies are very boring.  Best to skip straight to the reception and get some food and booze.  They all give her the cold shoulder now that they can’t get their greedy little thorns on Winterfell.  Although Margaery does give her a sad, sympathetic look.  The feast isn’t very fun, but Sansa dreads the bedding more.  The bedding is a Westrosi tradition in which the guests tear the clothes off the newlyweds and then listen to them consummate the marriage while shouting dirty stuff outside the door.  Yikes.

Tyrion, also miserable, is not willing to dance with her.  Instead, Joffrey and Margaery kick off the dance portion.  Finally, Garlan Tyrell, one of Margaery and Loras’ older brothers asks her to dance.  Garlan is very sweet and tries to reassure her.  He tells her Tyrion will make a better husband than Loras, but doesn’t mention the gay stuff.

Later on, Joffrey dances with Sansa and he continues to be the absolute worst.  He threatens to rape her, talking about how kings can be with anyone they want.  Of course, in true rapist fashion, he doesn’t use the word.

Soon after, Joff announces that it’s time for the bedding.  But Tyrion says it isn’t going to happen.  Joffrey starts to tantrum about it and Tyrion, who is pretty drunk at this point threatens to geld him.  Glorious!  Tywin steps in to smooth things over and says they can dispense with the bedding if Tyrion admits he was totally just kidding about Lorena Bobbitting his nephew.  After some more embarrassing family antics, they go off to the bedchamber, just the two of them.

In an absolutely excruciating passage, they both get undressed.  Tyrion gets a boner but he ultimately decides he can’t have sex with a thirteen year old who is terrified and only doing it out of duty.  According to the incredibly low bar set by Westrosi men, I guess he deserves a not a rapist cookie. 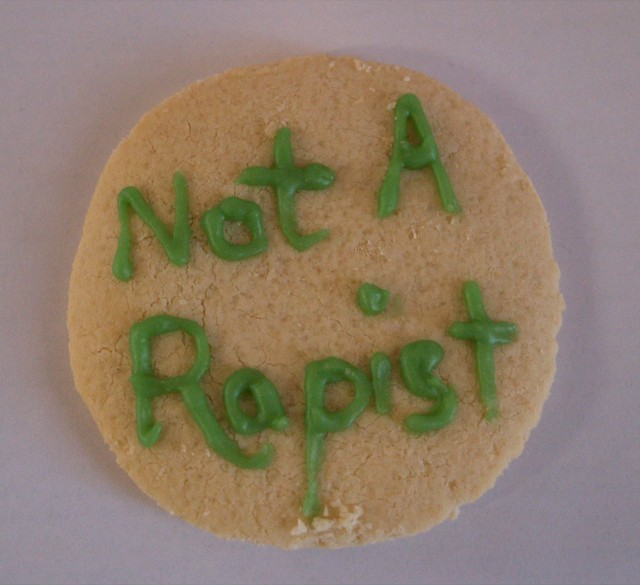 Deaths in this recap: I’ll go with five.  Most of the Great Masters aren’t named.  There’s Kraznys and four named Grazdan.

Cumulative deaths: 100.  I feel like there should be something to commemorate this milestone.  Imagine a fireworks display?

Betrayals in this recap: 1.  Jon violates his NW vows by doing Ygritte.