Booze in my flagon:  Vodka and Fresca

Whoa.  It’s been a while.  I blame election depression.  But I’m temporarily (hopefully) out of work so I have more time and energy to write.  Yay?

On with the show!

Jaime seems to have gotten an infection from his non-medically safe non-consensual amputation.  He’s been ill for a while but Qyburn the creepy failed Maester has treated him and the stump is starting to heal.

Anyone else think of the Lindsay Lohan cinematic masterpiece I Know Who Killed Me when there’s a lot of stump talk? 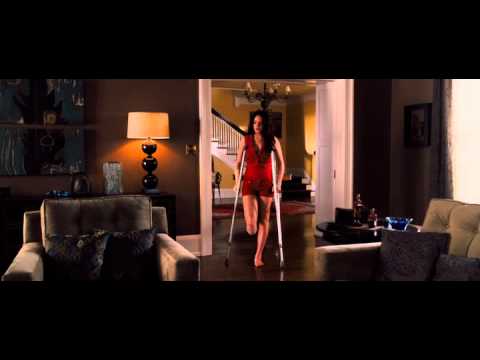 Jaime is finally well enough to travel back to King’s Landing and since apparently Qyburn is too creepy even for Roose Bolton’s tastes, he’s going to travel with Jaime.  He’s also going to be travelling with a soldier name Steelshanks Walton.  That name just makes me think of robot sex in the Appalachians.

On the same day that Jaime is leaving, Roose is leaving Harrenhal too.  Jaime tells him to give his regards to Robb Stark.  An inane little nicety that I’m sure is not foreshadowing and will not be followed up on.  Yawn.

Steelshanks does not want to take the kingsroad for safety reasons and they end up on some roads that Jaime has been on before.  Back in the days shortly before Robert’s Rebellion when Aerys made Jaime a Kingsguard and made it clear that he did so to deprive Tywin of his heir.  He’s still pretty bitter over this.   But mostly he wants to be on the kingsroad instead of memory lane so that he can get home and bang his twin sister a little faster.

Talk turns to Brienne.  She is unfortunately still being held at Harrenhal.  Qyburn says that Vargo turned down the ransom offer that Lord Selwyn made.  He’s still holding out for those thappires.  Jaime thinks that now those rapes she avoided before are going to happen  now.  He’s infuriatingly cavalier about the whole thing but he does at least hope she snaps Vargo Hoat’s neck fighting him off.  The creepy and rapey guy talk that makes me think Donald Trump would love Westeros dies off.  Because it wouldn’t be a House Lannister chapter without some daddy issues, Jaime thinks about how much Tywin is going to hate having a cripple as well as a dwarf as his sons.

That night Jaime sleeps using a weirwood stump as a pillow and he has a doozy of a dream.  He’s naked and in the damp caverns below Casterly Rock.  A bunch of Lannister ancestral ghosts are there as well as Tywin and Cersei and Joffrey.  They tell him that his is his place and his darkness, give him a sword and leave.  The sword catches fire.  He hears a splash and turns around to see Brienne.  She’s naked and in chains.  Kinky.  Brienne’s sword catches fire too and Cersei says as she’s leaving that when the flames die, he’ll die too.  Brienne wants to know what lives down there and he tells her it’s doom.  Then the ghosts of Aerys’ Kingsguard appear, just like Ned’s dream back in AGOT.  Except this dream also has ghost Rhaegar.  They give him shit about the whole Kingslayer business.  Then his sword fire starts going out and he wakes up.  Dream sequences are hard to recap, let alone snark because they’re so damn weird.  But they do have meaning in these books.  I think he was sent that dream by Bloodraven or Bran in the future to save Brienne because she’s meant to deliver Ice/Oathkeeper back to the Starks.

This dream prompts Jaime to order Steelshanks to lead them back to Harrenhal.  Steelshanks doesn’t want to do it but the threat + bribe combo special does the trick.  When they get back, the black goat flag of Vargo is now hanging up.  They’re let back in and it’s discovered that they have Brienne in the bear pit.  She’s in that embarrassing pink dress a d has no armor.  She’s already got a bear scratch on her arm.  She tries to fight the bear but her sword is only a tourney sword.  Jaime awkwardly tries to jump in the pit and save her but he pretty much sucks now that his sword hand is gone.  Hulk fights bears way better.

Luckily Steelshanks and his archers save the day and shoot the poor bear.  The Bloody Mummers are most upset about it.  But Jaime promises to pay the ransom and they escape.  Brienne asks Jaime why he came back for her and it what passes for a romantic moment in Westeros he says “I dreamed of you.”

With a heavy heart I must report that it’s time for the Stark party to head to the Twins for Edmure’s wedding.  Robb bids Jeyne farewell three times.  As if they’re never going to see each other again.  God, this shit is foreshadowed heavily.

Jeyne even rides up well after the party has left to beg to be taken along.  Level five clinger alert!  Grey Wind is growling at the rain and Robb is annoyed and sends her back to Riverrun.  Although he actually initially did want to bring her.  Cat figured it would be an insult to Lord Walder though.  The Blackfish is also in Riverrun to run things while they’re away.

All in all, thiry five hundred people  are going to the twins.  Most people just have a plus one.

It’s raining all day every day.  So everyone is kind of sullen and quiet.  Cat bonds with Maege Mormont and her daughter Dacey.  They are the only ones in good spirits.  Jon Snow has the reputation for emoing, but I’m pretty sure Cat has him beat in this book.  She even gets in a tiff with Edmure because he’s worried that his bride will be fugly.  Pretty legit worry!  This causes her to reminisce about how she was disappointed that Ned wasn’t a hottie like his brother Brandon was, but then he grew on her.  She hopes it’ll be the same for Edmure and Roslin.

More emoing as they ride through the ruins of the Riverlands and Cat wonders whatever even happened to Ned’s bones.  Blah blah blah.

Eight days of rain later (the fuck!?) and they still haven’t reached the twins.  They’re camped at some ruins called Oldstone.  We get some Westeros history.  There’s a song about a Jenny of Oldstones and her dragonfly prince but this goes unexplained.  There is also the grave of Tristifer IV of House Mudd whose loser son Tristifer V lost him the Riverlands to the Andals thousands of years ago.  Now it is Robb’s turn to emo as it seems he’s been trying and failing to knock Jeyne up and there is no heir right now.  Robb notes that if he dies, Sansa is the heir and that means Tyrion and therefore the Lannisters have the North and the Riverlands.

They discuss naming an alternate heir.  Robb wants Jon Snow but Cat is not having it.  Robb does not listen to her and flounces off.

Days pass.  How fucking long does it take to get to the Twins from the Riverland?  Geez!  The party meets up with Tully bannerman Jason Mallister who brings the news that Balon Greyjoy is dead.  I think this is the first we’ve heard of it and it seems so unceremonious, but hey.  It’s pretty good news anyway.  Apparently the bridge over Pyke snapped in the wind and he fell to his death.  In less good news, this death magically coincides with the return of Balon’s brother Euron.  They call him the Crow’s Eye and his ship is the silence.  He’s been on a long trip to Asshai and back and is now in the Seastone Chair ruling over the Iron Islands until they can have a King’s Moot.  Robb is worried about this development so he has Jason send Galbert Glover and Maege Mormont in ships to find Greywater Watch and find Howland Reed.  He orders Cat sent to Seagard, the Mallister castle after the wedding to keep her from being a meddling mommy anymore.  This is what happens when teenage boys become king.

Sam and Gilly have come to one of those abandoned willing village.  Sam hopes it is Whitetree because he knows where that is, but he can’t tell.  Gilly makes a fire in the longhall while Sam explores.  There was nothing there but rats and Sam thinks the weirwood heart tree is not big enough to indicate that t hey are at Whitetree.  He kneels before the heart tree and prays to the old gods.  Back at the longhall Sam tells Gilly all about how warm Castle Black is and promises her she can stand by the fire with the baby as long as she likes.  It’s all very sad and pathetic.  He tells her all about the people who will be there and then sings her a lullabye about the Seven.  It only has six verses because no one sings about the Stranger.  Gilly brings this up but it makes Sam feel uncomfortable.

Later that night, Sam and Gilly wake up.  The fire is about out and it’s gotten extremely cold.  There’s a sense of forboding in the air and we all know what this means.

Sure enough, there is a wight in the longhall.  It’s Small Paul.  He has a raven on his shoulder -Mormont’s talkative raven- munching on his dead flesh.  Just casually.  Like you do.  Gilly thinks he’s come for the baby.  Sam pisses himself.  Because of course he does.  Oh, Sam.  For some reason Sam tries to talk to and reason with wight Paul.  I don’t know what that’s supposed to accomplish.  It’s almost like he never saw a zombie movie before.

Sam stabs him with the dragonglass dagger.  Sam hilariously screams “you’re dead!” a bunch of times at him while he’s stabbing him.  Well, yeah.  Isn’t that kind of the whole problem?

Sadly this does not work.  The dragonglass shatters and Small is unaffected.  Sam and the wight wrestle for a bit.  He manages to hit him with the embered firewood and that finally does the trick.  He runs outside to boast to Gilly about how he killed the wight and finds she’s been cornered by a dozen more wights.  They’ve already killed their horse 😦

Sam literally says “it’s not fair.”  It’s kind of nice to read a fantasy story that has a character that would be as useless and whiny during adventures as me.  The raven repeats “fair!” and then there’s some rustling from the weirwood tree.  There’s a whole swarm of ravens.  They peck the wights up and Mormont’s raven tells Sam to “Go, go, go.”  Sam and Gilly run and all of a sudden a Nightswatch  man riding a mother fucking elk comes rolling up and pulls them up to ride away.  The hooded savior offers his hand to pull Sam up and he notices the hand is black and cold.  Oh, shit!

Deaths in this recap:  1.  Balon Greyjoy.

Maybe deaths in this recap: 0

Betrayals in this recap: 0.  For now.